What You Must Know About Strokes

These Liberties We Hold Sacred

The Trial of George W. Bush

The Little Book of Doctors’ Rules

News from the Square 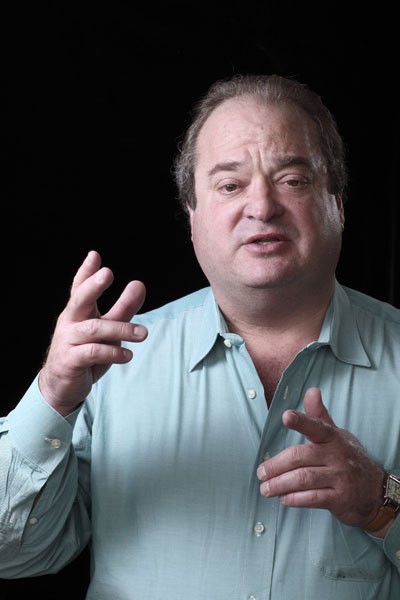 Garden City Park, NY: Bruce Piasecki, the globally-minded sustainable environment trailblazer and bestselling business author of Doing More With Less and New World Companies among others, has teamed up with the Yaddo artists’ community in Sarasota Springs, New York to announce a brand new award for young writers committed to positive social change through their words.

This year of 2021 marks the inauguration of The Bruce Piasecki and Andrea Masters Annual Award on Business and Society Writing. The award will bestow a $5,000 USD check upon a writer between the ages of 18 and 35 who has had at least one work published—either an essay, research paper, book, or article—prior to the submission deadline of August 15, 2021.

According to the announcement, writers’ submission topics should be consistent with positive social impact and business and can include, but are not limited to, themes such as climate change; racial/gender equality; sustainability; and innovation.

As reported in The Saratogian, “Piasecki has devoted his life to catalyzing change and he hopes to inspire future generations to do the same. With this Award, he and his wife Andrea Masters hope to foster a new generation of writers interested in pursuing this underserved theme.”

Before becoming a bestselling author in his own right, Piasecki made his mark as founder of the AHC Group Inc., an internationally successful general management consulting firm specializing in growth, energy, environment, and sustainability. In addition to his impactful business titles Doing More With Less, Doing More With Teams, and New World Companies (all now available through Square One Publishers), it is Piasecki’s memoir Missing Persons that has brought forth high accolades from such estimable sources as Publishers Weekly (a “compulsively addictive memoir, combining rich cinematic touches and psychological elements of memory and dreams”), Foreword Reviews (“more than a memoir; it is wonderful entertainment and a celebration of memory”), and Literary Aficionado (“luminous, especially for those of us who are finding ourselves reflecting on the past”) among others.

Applicants for this new writing award should send their published piece (link or PDF) and include a brief (1-2 page) working, together with further planned writing endeavors and future career plans over the next 5-10 years, to bruce@ahcgroup.com, sydney@ahcgroup.com, and marti@ahcgroup.com.

Bruce Piasecki’s books with Square One Publishers—all now available from Amazon, B&N.com, BookShop, and wherever else books are sold—are listed below:

THE FIRST BOOK WRITTEN ON THE INFLUENCE OF BLACKS IN AMERICAN HISTORY BY W. E. B. DU BOIS 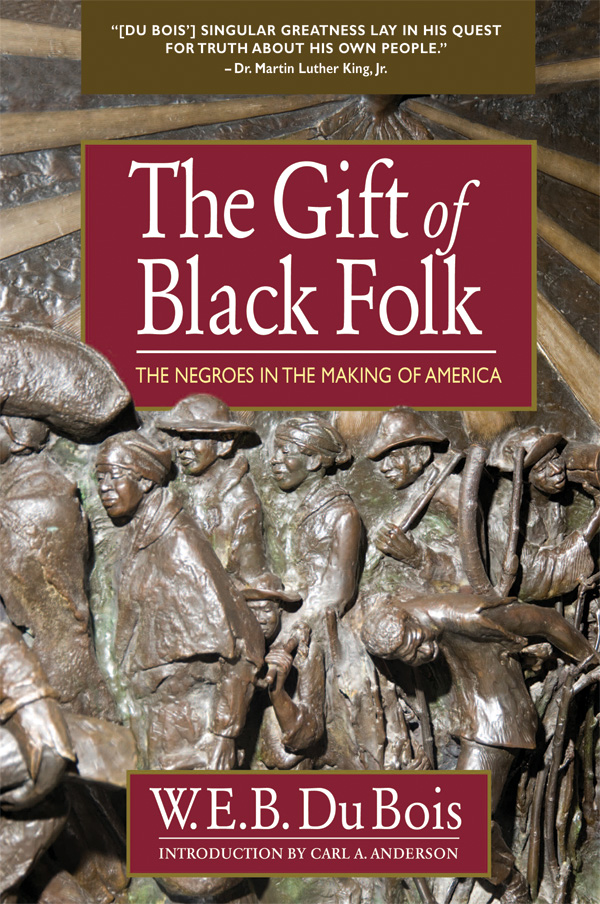 "(Du Bois') singular greatness lay in his quest
for truth about his own people."
—Dr. Martin Luther King, Jr.

Garden City Park, NY: Although the Civil War marked an end to slavery in the United States, it would take another fifty years to establish the country’s civil rights movement. Dr. W.E.B. Du Bois was among the first generation of African-American scholars to spearhead this movement towards equality. As cofounder of the NAACP, he sought to initiate equality through social change, and as a talented writer, he created books and essays that provide a revealing glimpse into the black experience of the times. In The Gift of Black Folk—one of Du Bois’ most important works—he recounts the remarkable history of African-Americans and their many unsung contributions to American society.

Commissioned by the Knights of Columbus Historical Commission and produced in 1924 at the height of the country’s Black Renaissance, The Gift of Black Folk represents one of the first critically acclaimed black histories. In it, Dr. Du Bois chronicled the role of blacks in the early exploration of America, the crucial parts they played in developing the country’s agricultural industry, and the courage they displayed on the many battlefields of our young nation. He documented their creative genius in virtually every aspect of American culture—music, painting, sculpture, literature, theater, and invention. He also highlighted the unique contributions of black women, proposing the idea that their freedom could lead to freedom for all women.

This new edition published by Square One Publishers features an introduction by Carl Anderson, who, prior to becoming Supreme Knight of the Knights of Columbus, spent nearly a decade working on issues of racial equality as a member of the U.S. Commission on Civil Rights.

Anderson states in the introduction: “A hundred years after W.E.B. Du Bois helped cofound the NAACP, the United States can view its civil rights achievements with pride. African-Americans have served on the Supreme Court, in the Cabinet, and, finally, as President of the United States. The Gift of Black Folk allows us to fully appreciate these monumental achievements. It is our belief that Du Bois’ classic work will continue to inform and inspire for many generations to come.”

What Do Britney Spears, Netflix's I CARE A LOT, and America's Elderly All Have in Common? Corrupt Court-Appointed Guardianships 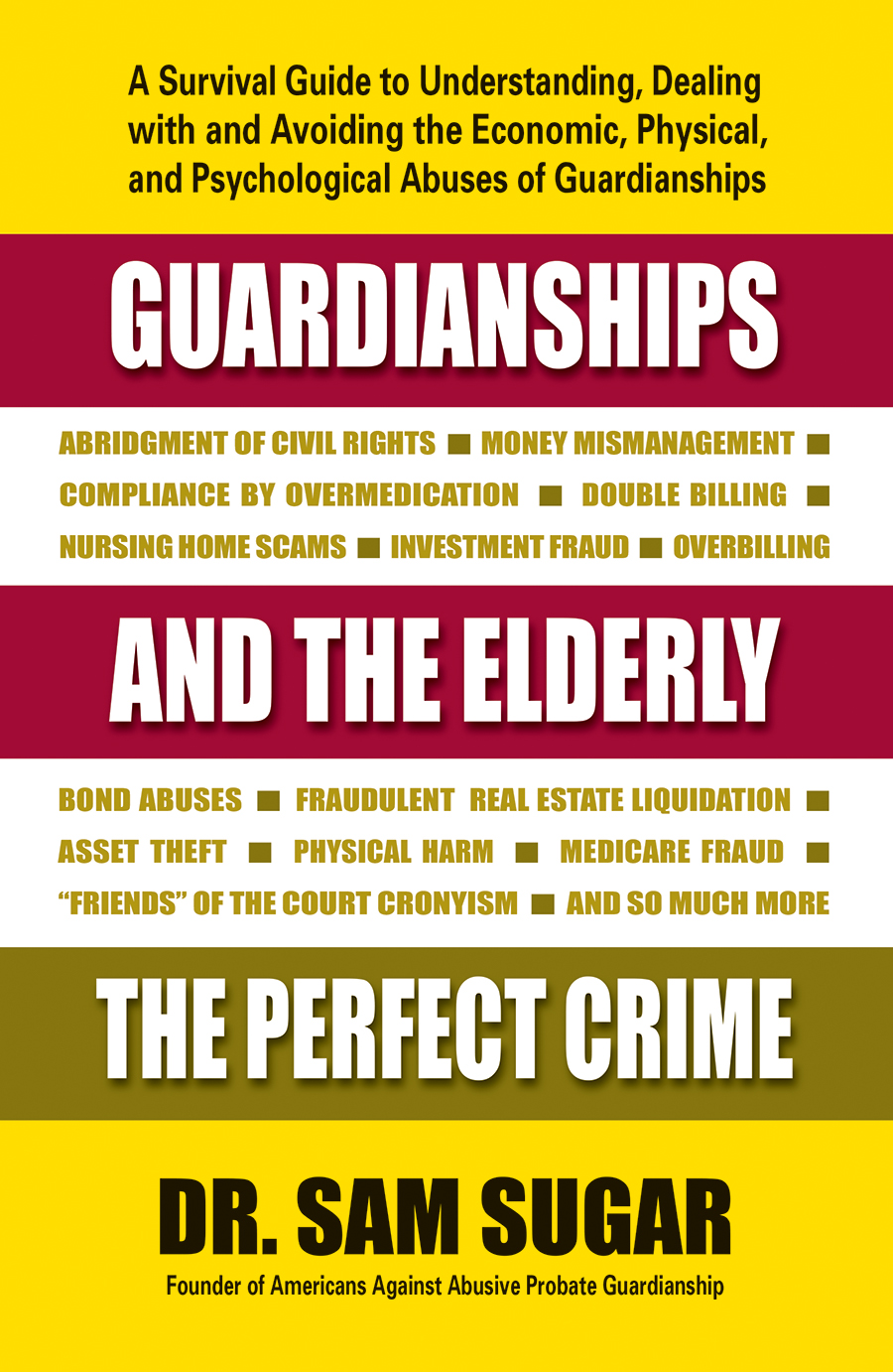 Garden City Park, NY: Despite an ever-growing tide of attention being thrust its way, the unjust occurrence of corrupt court-appointed guardianships in this country—especially as it applies to our elderly population—continues to traumatize families and filch fortunes from coast to coast.

The stories are certainly starting to pile up within the popular culture, where we have seen everything from episodes of Better Call Saul to HULU's new doc Framing Britney Spears to Netflix's popular new thriller I Care a Lot all place the ongoing abuses of corrupt guardianship front and center.

For Florida-based licensed physician Dr. Sam Sugar, however, this is nothing new. He has worked now for well over a decade to shed light more fully on the existence of corrupt court-appointed guardianships nationwide. In service to that mission, Square One has published Dr. Sugar's book, Guardianships and the Elderly: The Perfect Crime ($19.95 USD, ISBN: 978-0-7570-0433-9).

The book has received critical praise from key publications such as Kirkus Reviews ("Powerful . . . a potent, important call to action"), Booklist ("an informative look at an important yet little-understood subject"), and Publishers Weekly ("[E]nlightens readers about the financial and psychological toll taken on vulnerable elderly people by corrupt court-appointed guardians . . . a timely and valuable cri de coeur") among others.

Guardianships and the Elderly is available in physical and digital formats everywhere. 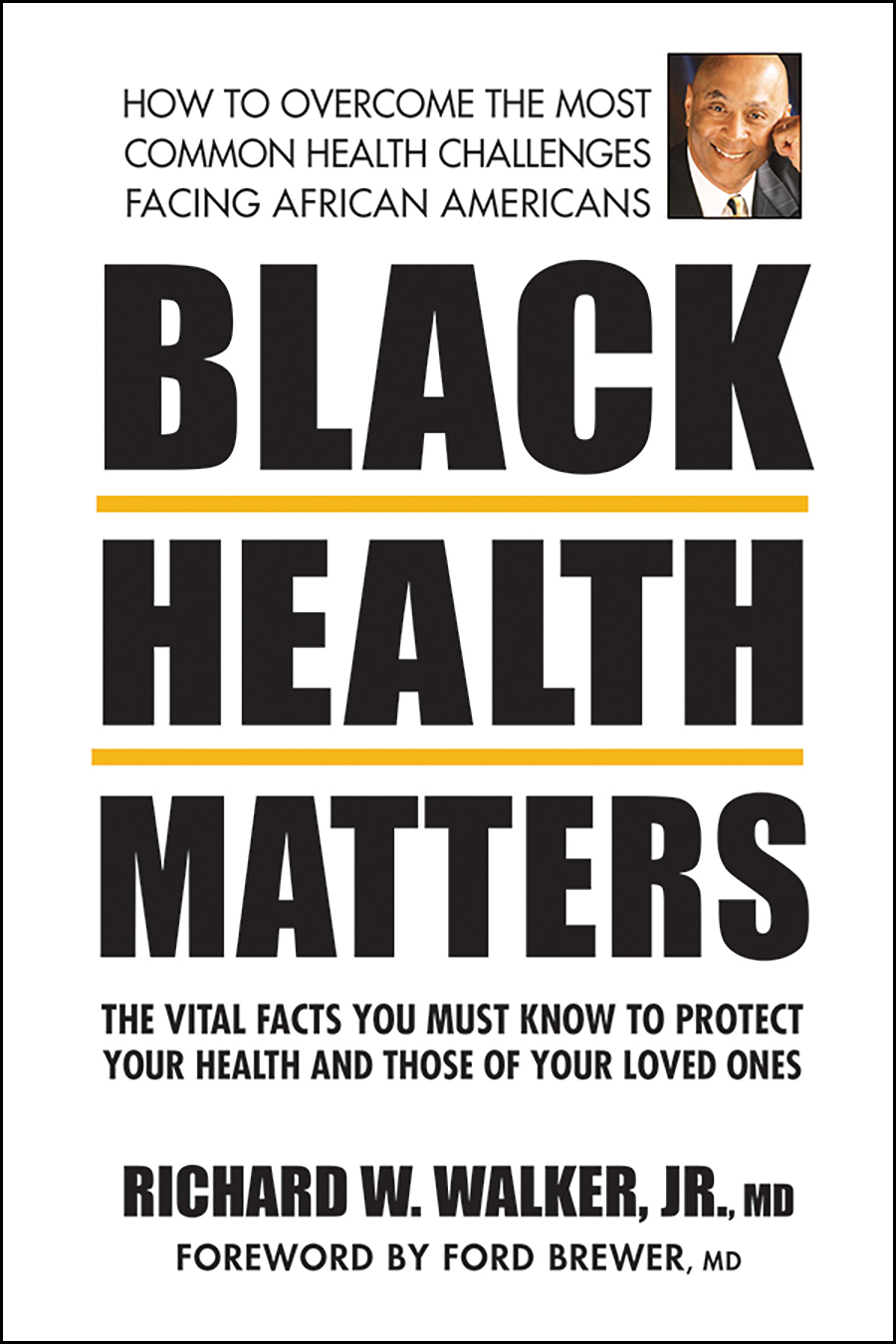 Garden City Park, NY: February Is Black History Month, and Square One chooses to celebrate by shining a light on three remarkable Square One titles that remain historically and culturally important in recognition of the African-American experience—past, present, and future.

Commissioned, published, and produced in 1924 by the Knights of Columbus Historical Commission at the height of this country’s Black Renaissance, The Gift of Black Folk (ISBN: 978-0-7570-0319-6) was the first critically acclaimed black history ever to be written by the late writer and cofounder of the NAACP Dr. W.E.B. Du Bois, about whom the late Martin Luther King, Jr. had the following to say in his lifetime: "[Du Bois'] singular greatness lay in his quest for truth about his own people."

Square One's edition of this work represents a newly re-edited and reissued version of the material. The book features an Introduction by Carl Anderson who, prior to becoming Supreme Knight of the Knights of Columbus, spent nearly a decade working on issues of racial equality as a member of the U.S. Commission on Civil Rights.

Anderson states in the Introduction that "A hundred years after W.E.B. Du Bois helped cofound the NAACP, the United States can view its civil rights achievements with pride. African Americans have served on the Supreme Court, in the Cabinet, and, finally, as President of the United States. The Gift of Black Folk allows us to fully appreciate these monumental achievements. It is our belief that Du Bois' classic work will continue to inform and inspire for many generations to come."

Equally groundbreaking in the realm of book publishing has been our publication of Black Broadway: African Americans on the Great White Way (ISBN: 978-0-7570-0388-2) by theater historian and six-time Tony award-winning producer Stewart F. Lane.

This hardcover book is the first illustrated history or "coffee table"-format title that explores both in words and pictures the tumultuous and often rocky road traveled by African-American actors and actresses over the past two centuries on their way to artistic reward and recognition on the Broadway stage. Featuring a Foreword by Tony award-winning director Kenny Leon, Black Broadway provides an entertaining history of a Broadway of which few are aware.

And since much of Square One's editorial focus remains aimed at issues of alternative and conventional health, we also want to bring readers' attention to a forthcoming health book of ours entitled Black Health Matters: The Vital Facts You Must Know to Protect Your Health and Those of Your Loved Ones (ISBN: 978-0-7570-0507-7). As reiterated by African-American doctor and our book's author Dr. Richard Walker, the fact remains that African Americans continue to top the list of groups afflicted by hypertension, stroke, diabetes, heart disease, renal failure, and cancer. In his book, Dr. Walker shows how key medical research from the past years—much of which points to a chronic lack of Vitamin D3 as the crucial missing puzzle piece of African-American health—can now help determine a commonsense way to prevent, reduce, and possibly eliminate these killers from the basic tenor of the African-American experience at present.

Now set to come out this June 2021, Black Health Matters is a book destined to become a meaningful tool to the African-American community at a time when the importance of health cannot be overstated.

Meanwhile, both The Gift of Black Folk and Black Broadway are now available here from Square One Publishers, on Amazon, on B&N.com, and wherever else books are sold nationwide. 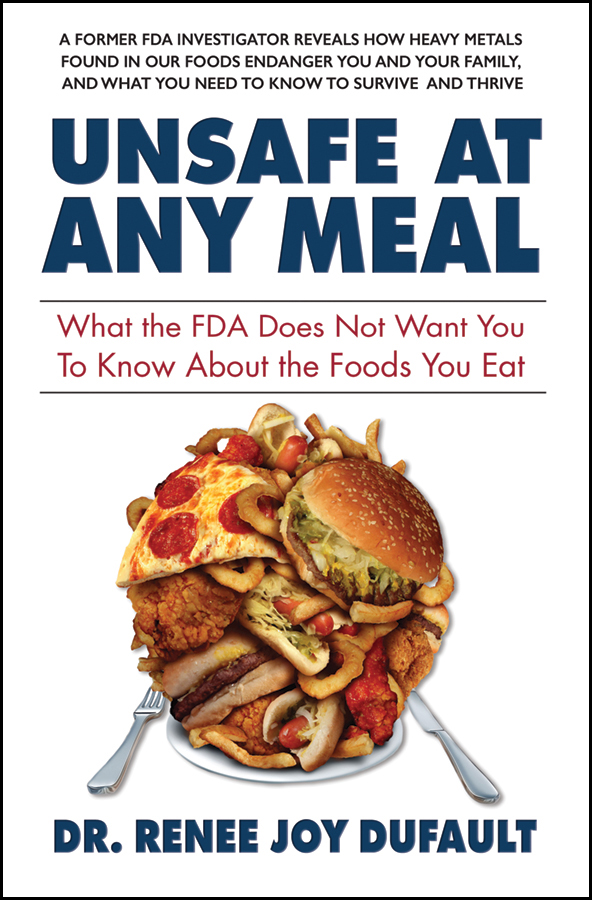 Garden City Park, NY: After last being reported back in October 2017, it turns out once again that our nation’s top baby food manufacturers have “knowingly sold baby food that contained high levels of toxic heavy metals” according to documents released in a congressional investigation earlier this week.

Of course, this is nothing new if you happen to be former FDA investigator and Unsafe at Any Meal (Square One, $16.95) author Dr. Renee Dufault. The results of this new report, however, only scratch the surface of a much more disturbing and far-reaching picture in consumer health.

Dr. Dufault’s own extensive research in this area actually dates back over more than a decade to 2005, when she was still working as a health investigator for the Food and Drug Administration. That was the year when she discovered that baby formula was comprised largely of corn sweeteners and vegetable oil. As she notes in chapter six of her book ("Spotlight on Autism and ADHD"), many baby formulas "contain corn sweetener in the form of corn syrup or corn syrup solids. Some formulas contain more corn sweetener than any other ingredient. I found one baby formula product in my local grocery store with a food ingredient label that claimed 54 percent of the product was made up of corn syrup solids and 26 percent of the product consisted of assorted vegetable oils."

Even though she has been aware of this problem for years—and has worked diligently to alert the consumer public to it—she applauds the release of these newly publicized findings and the continued force for change that it represents. Whether or not people will now finally wake up to this problem remains to be seen.

For those who want to more fully educate themselves on this issue right now, Unsafe at Any Meal is now available in paperback/eBook formats from Amazon, Barnes & Noble, and everywhere else books are sold. It is also now available in audio book format, as narrated by Diane Neigebauer—to check out a "sample" of the book in audio, click here.)